The CAPTure H2020 research project investigated the performance of an innovative solar powered combined cycle plant. The CAPTure power plant concept is shown in the Figure. The innovation is that an open volumetric air receiver drives a combined cycle plant. The atmospheric air circuit is coupled with the pressurized air circuit of the topping Brayton cycle via a regenerative heat exchange system working in alternating modes (atmospheric heating, pressurized cooling). In order to provide dispatchability, a high-temperature thermocline thermal energy storage (TES) system is placed between the solar receiver and the gas turbine.
Unfortunately, the main conclusion of the project is that the combined cycle is not economically competitive when benchmarked against a much simpler Rankine single-cycle power plant layout, applying the same receiver and TES technology. The combined cycle (CC) configuration has a higher LCOE despite its higher solar-to-electric conversion efficiency. The gain in electricity yield is not enough to outweigh the higher investment costs of the more complex CC plant layout. The reasons for the high costs of the CC plant layout are twofold: 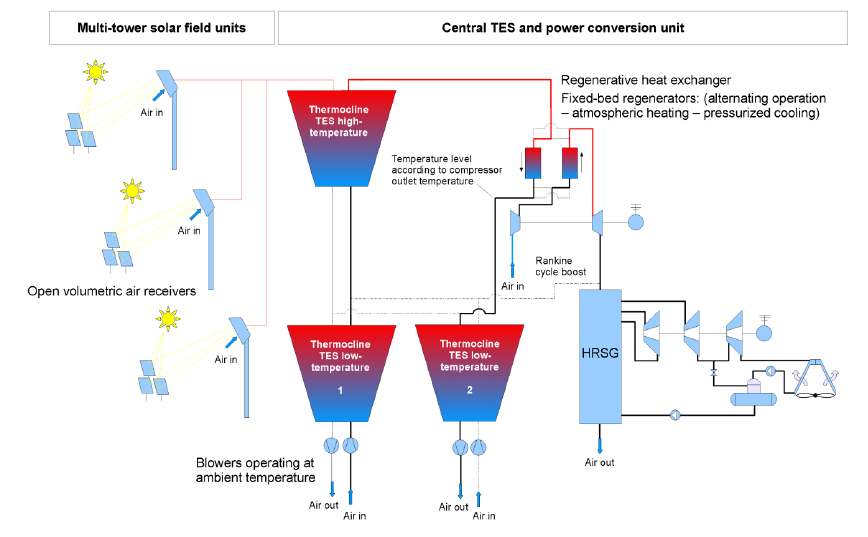